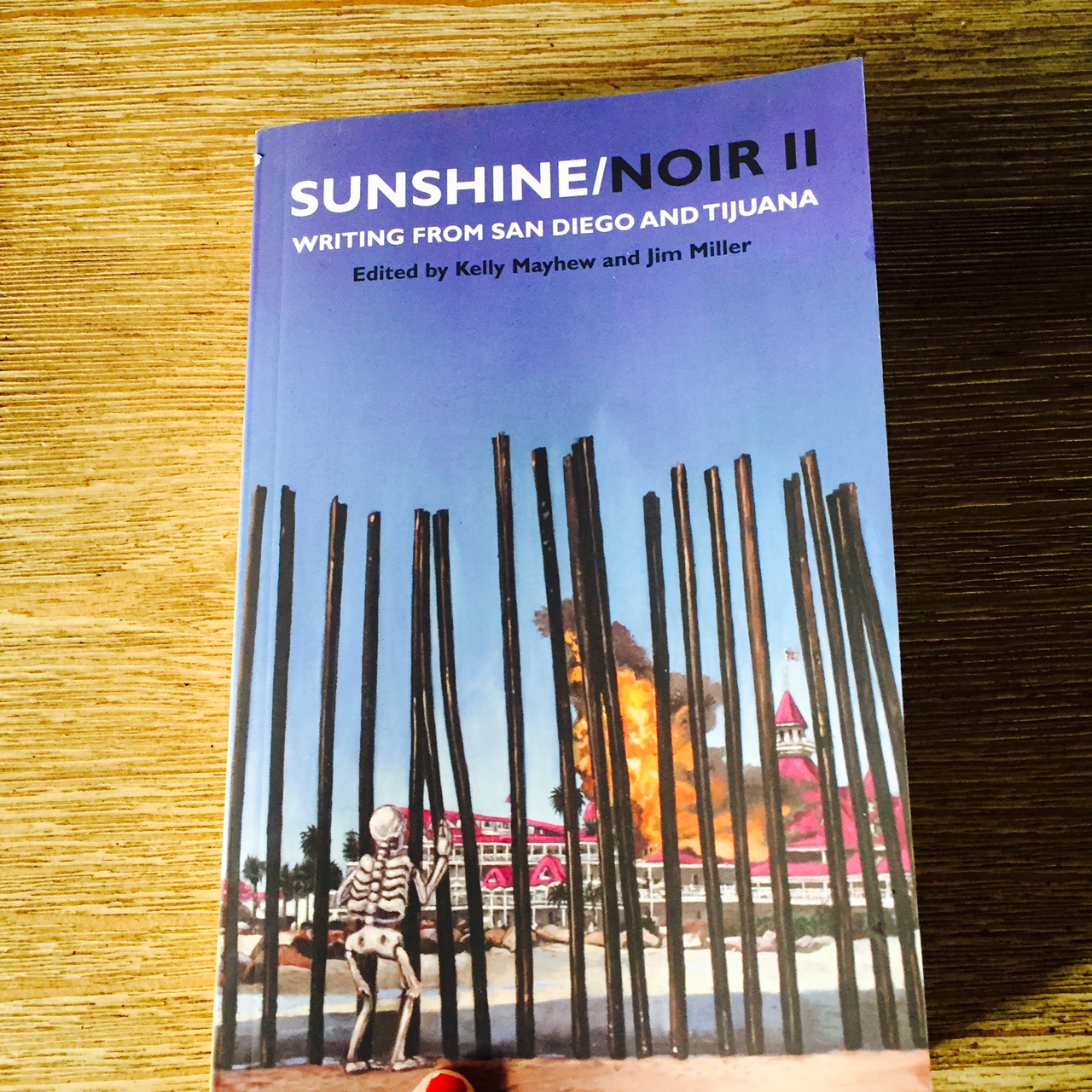 Last week on Friday October 16, I had the privilege to attend the book release party held by San Diego City Works Press. It was celebrating the release of their 10th Anniversary book, “SUNSHINE/NOIR II: Writing from San Diego and Tijuana,” the latest that will take on San Diego’s scene of literal artistry by storm!

San Diego City Works Press is a collective that was founded in 2005.  In 2005,  they published their first first book, “Sunshine/Noir: Writing from San Diego and Tijuana.” It is a completely non-profit, volunteer organization. It is a group of San Diego writers, poets, artists, and patrons who are all dedicated to the promotion and publication of San Diego artists of all sorts! They take risks with authors that other books might not even publish.

In the opening of the release party, managing editor Kelly Mayhew shared some inspiring insight as to what makes this group so significant and special.  She expressed how there is such rich ground here in San Diego, and that the collective wants to expose all those different kinds of artists. One can only appreciate their efforts, as it is quite clear there are still individuals who remain unrepresented to a degree in San Diego. The San Works Press is starting to change some of that, with their clear intentions to give honor to being multicultural and diverse.

“We are all in this because we love literature, books, art, and we want to honor the voices we have here in San Diego, ” said Mayhew.

What their seccond published book aims to do is present the reader with a wide range of contemporary writers of fiction and nonfiction, and also poets, artists, and photographers.

Attendees to the book release party were able to receive the gift of hearing some authors who were published share their piece. I was so enthralled by a variety of performances, and surprised by some too. I was able to hear and feel people’s sadness, joy, sarcasm, rage,  hopelessness, and sense of humor. I was able to immensely feel some of their journey. But without giving too much away of the book, I will just share a couple of photos of the authors who were able to rock the stage. 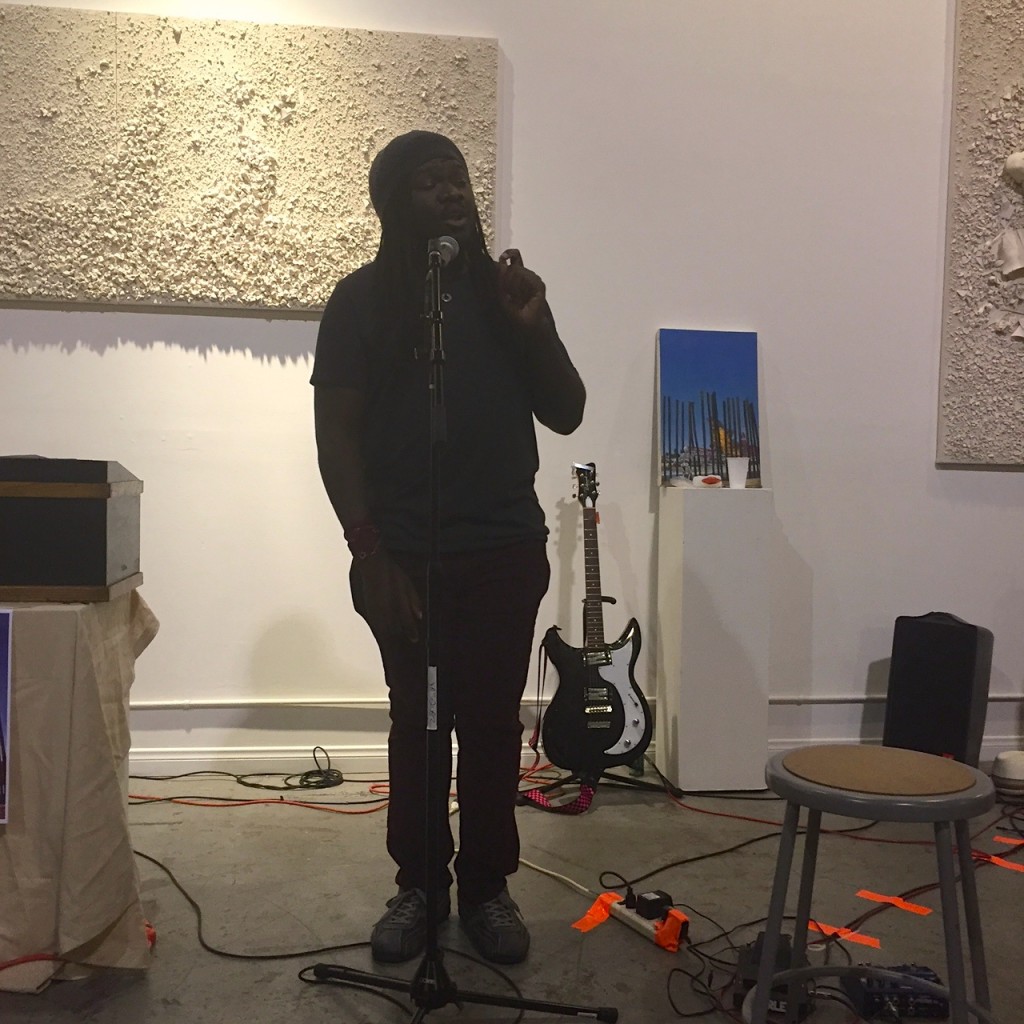 Kevin Dublin reciting his poem “How to Fall in Love With San Diego.” 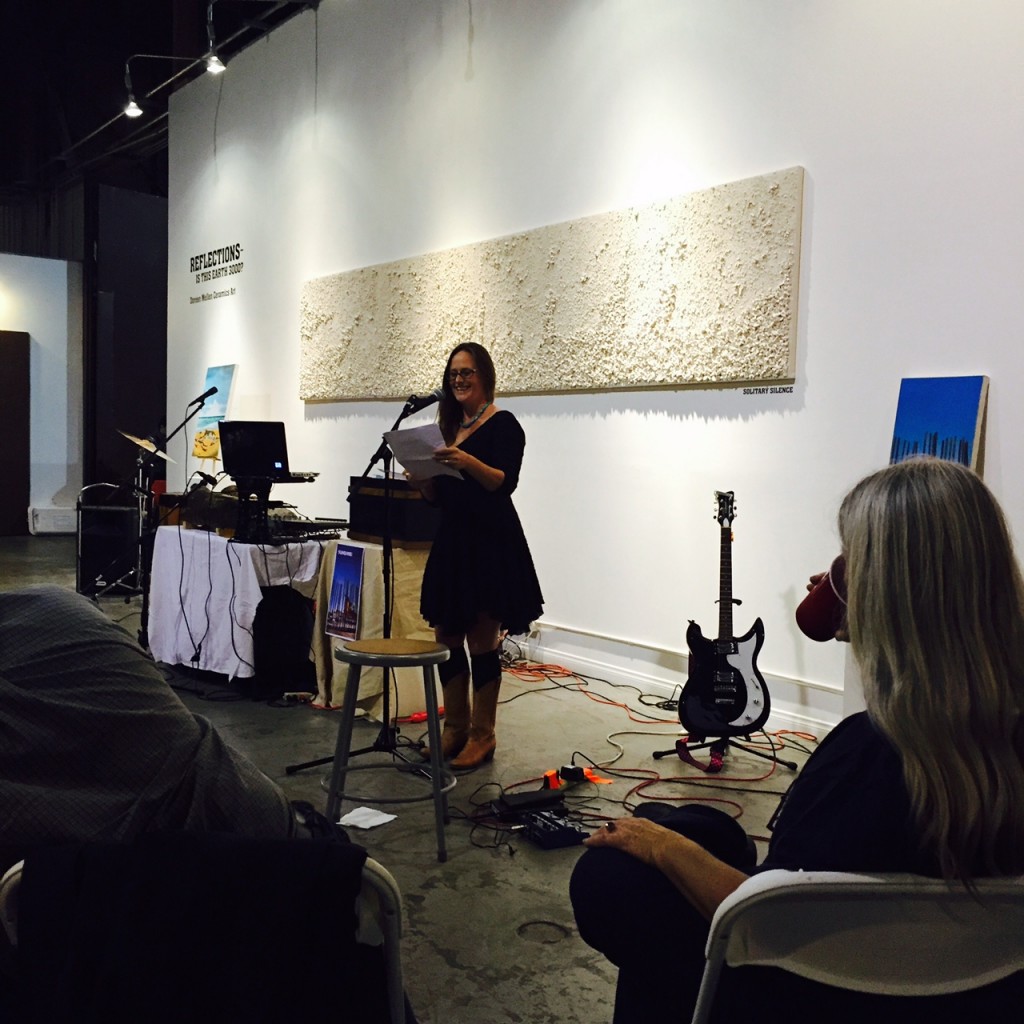 Breeann Kyte, reading her piece “The Night Before Deployment.” 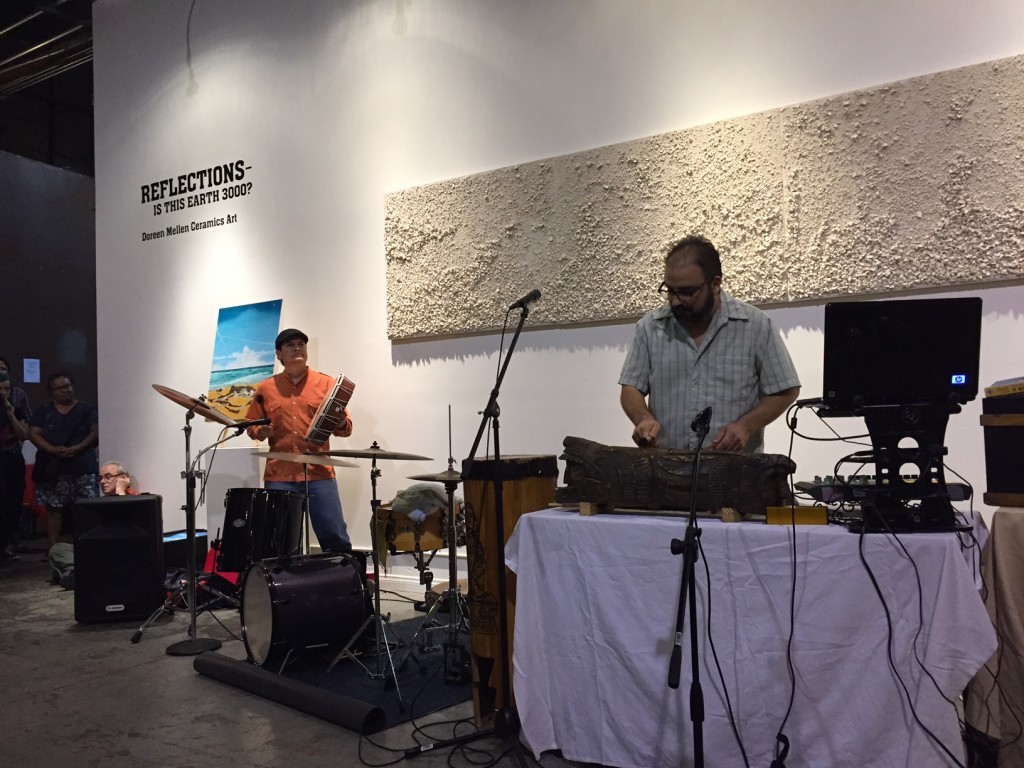 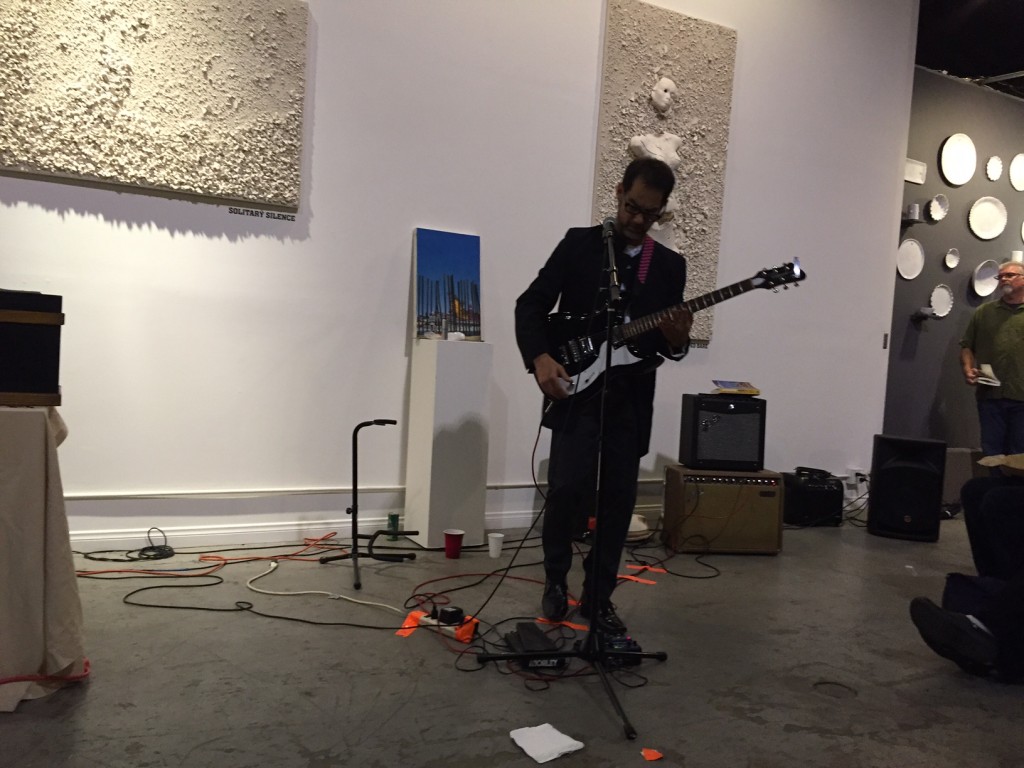 Frontera Drum Rusion absolutely rocked the house, bringing on some interesting musical and instrumental flair to the series of performances for the evening.

Now, I urge you all – go purchase the book! It can easily be found by going here.

Hi! My name is Jennifer Ferrada and I welcome you to my blog. I am so happy you are here. I am 33 years old and from Los Angeles, California, but currently based in San Diego, one of the most beautiful cities I've come to known. Feature writing is my passion, and only just recently I've been able to get back into it again. I hope to become a successful feature writer of sorts some day - whether it be for a popular food magazine, a travel magazine, or a lifestyle and health magazine. I have a pretty open mind! I would not even mind if I get the opportunity to write for a space news magazine -- the universe and astronomy is one of my favorite subjects. The reason I have decided to become a feature or lifestyle journalist is because ever since I was a young girl, I remembered loving reading CosmoGirl! and reading inspiring, real-life stories or advice columns that empowered young women. I love reading about people's crazy adventures in Reader's Digest. I love reading about art, entertainment, travel, nature, food, relationships, animals, inspiring and empowering tales. I was the features editor one semester for my high school newspaper and after high school I went ton to write for The Corsair at Santa Monica College for a year. My story is that I know I am always improving as a writer. Currently, my goal is to become better at food reviews because I am such a foodie in this life! By having this blog, I hope to continue towards my dream and also hopefully one day, helping inspire other writers out there. Most importantly, I genuinely want to get the good word out there -- on the interesting and fun things that life has to offer -- whether it's a gnarly seafood restaurant, an amazing cup of coffee, or a band's new album that you must absolutely check out. Au Courant is french for "stylist and current." My goal is to help you become aware about the newest information and trends in lifestyle. I hope you enjoy your time here! Xo, Jennifer